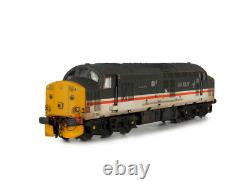 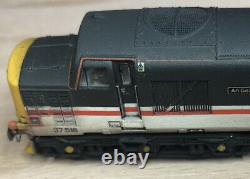 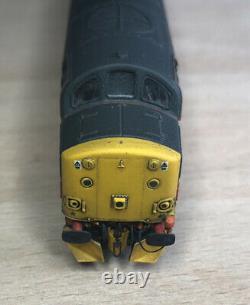 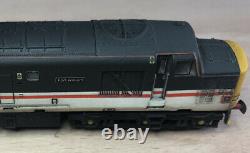 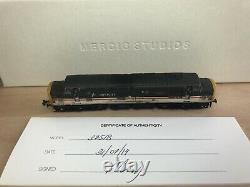 37518 re-painted and finished by Mercig Studios. This loco is unique as it is different on both sides.

Intercity/Ian Riley livery and dual named as Fort William and An Gearasdan on opposite sides. The loco has been finished in weathered intercity livery and has been re-sprayed, re-numbered and re-named. The model has benefited from the following extra detailing.

Semi detailed buffer beam at one end that retains the use of coupler. Bogie modification to reduce gap between body and top of bogies.

Addition of correct scale snowploughs. The loco started out as a Graham Farish 371-168 Class 37 37506 Railfreight Livery. It has been DCC fitted. Since its return, it has been stored in its box. Having run the loco on a length of track and rolling road today, it all runs well.

It will no doubt benefit from a running-in session. All lights work correctly in both directions, at both ends. The item comes from a smoke-free home. The item "Mercig Studios N Gauge 37518 Intercity Swallow.