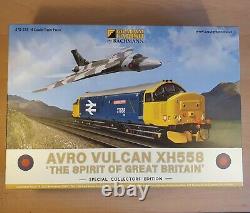 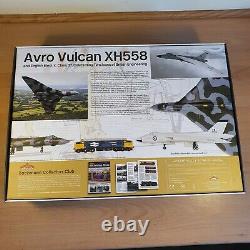 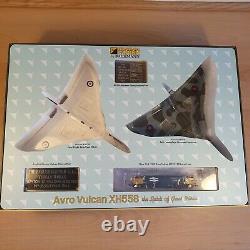 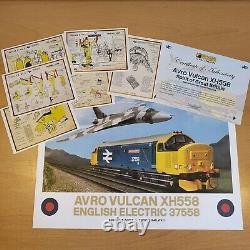 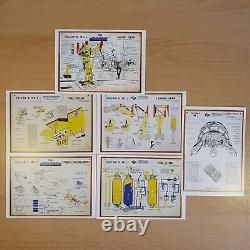 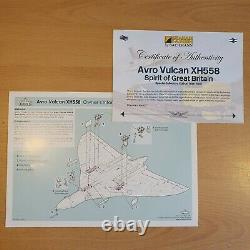 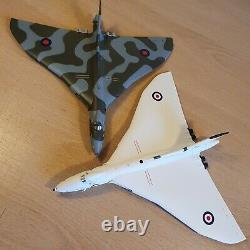 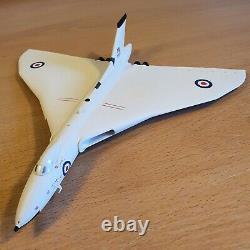 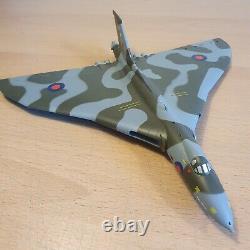 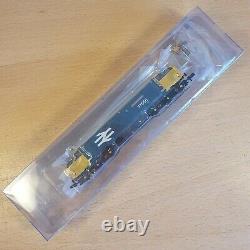 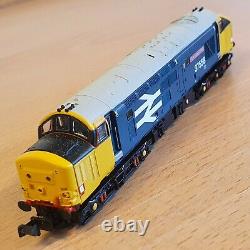 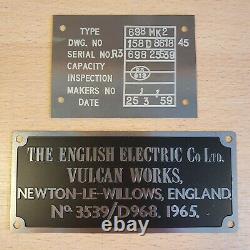 2007 saw the return to the skies of the only airworthy Vulcan Bomber following two years of restoration by the Vulcan to the Sky Trust. XH558 delighted aviation enthusiasts at air displays around the country before being permanently grounded at the end of 2015. In 2016 a unique relationship formed between Direct Rail Services and the Trust, which culminated in the naming of a Class 37 locomotive (37424 built at the Vulcan Foundry in Newton-le-Willows by English Electric) as No 37558 Avro Vulcan XH558. To celebrate the synergy between these two outstanding examples of British innovation and engineering prowess from the late 1950s, Bachmann have produced this special collectors edition pack which will be sure to delight aviation and railway fans alike.

Reproduction of the English Electric Vulcan Works locomotive works plate. Reproduction of the Avro airframe indentification from XH558. Set of original RAF Training Board card reproductions. Fine art print of the aircraft and locomotive. Bought new in 2019, this pack has only been opened less than a handful of times, with a lot of the parts inside still factory sealed in original bags.