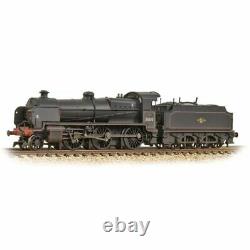 It influenced future 2-6-0 development in Britain and provided the basis for the 3-cylinder N1 class of 1922. Production was delayed by the outbreak of the First World War and the first N class rolled out of Ashford Works in 1917, three years after design work was completed. The class replaced obsolete 0-6-0s as part of the SECR's fleet standardisation, as they used parts interchangeable with those of other classes.

Eighty N class locomotives were built in three batches between the First and Second World Wars. Fifty were assembled from kits of parts made at the Royal Arsenal, Woolwich, giving rise to the nickname of "Woolworths".