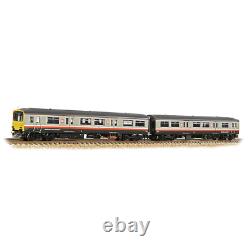 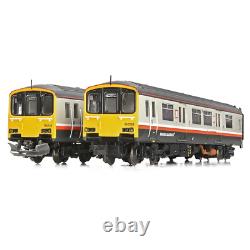 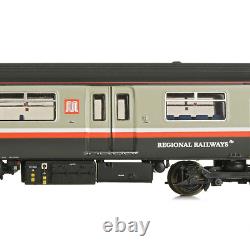 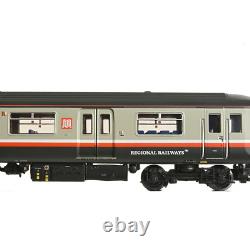 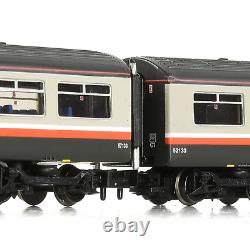 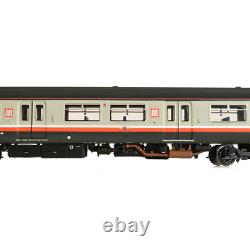 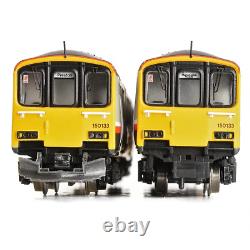 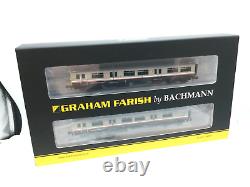 Graham Farish 371-336 N Gauge Class 150/1 2-Car DMU 150133 BR GMPTE (Regional Railways). PLEASE REVIEW THE PHOTOGRAPHS AS WELL, ACCESSORIES/BOXES ETC WILL BE SHOWN IF THEY ARE INCLUDED. Offered in this livery for the first time, this two car Diesel Multiple Unit is a must-have for anyone with an interest in rail operations around Manchester and the north west during Era 8. Both vehicles are highly detailed on both the bodyshells and underframe, and the interiors are not overlooked either, all of which is enhanced by the exquisite livery application using authentic colours, graphics and logos. MODEL FEATURES: Graham Farish N Scale Era 8 Pristine BR Greater Manchester Passenger Transport Executive (Regional Railways) livery Running No.

The first subclass, the 150/0, comprised a pair of prototype units. The second batch which comprised fifty units was classified 150/1s and numbered in the range 150101-150. Like the prototype units, they did not have front-end corridor connectors which are fitted to allow passengers to move between units when working in multiple.

Originally based at Derby Etches Park depot, these units were introduced in 1986, mainly concentrated around Birmingham and Manchester, and in later years restricted mainly to commuter services. Today the entire fleet is concentrated on the Northern franchise, mainly working around Manchester to places like Buxton, Sheffield, Liverpool, Southport and Carnforth. The final batch of 85 two car units were built with front-end corridor connectors. These units were classified as Class 150/2s and numbered in the range 150201-285. The Class 150/2s were used on longer-distance services and have operated in Scotland, Wales, the West of England and the North. Pristine BR Greater Manchester Passenger Transport Executive (Regional Railways) livery. Destination blinds for Manchester Piccadilly and Preston.

Powerful 3 Pole Motor with Flywheel. Equipped with two 6 Pin DCC Decoder Sockets - recommended Decoder 2x. The British Rail Class 150'Sprinter' is a class of diesel multiple unit passenger train built by BREL York from 1984 to 1987. The Class 150/2s were uséd on longer-distance services and have operated in Scotland, Wales, the West of England and the North.

We make every effort to describe items accurately, however, nobody is perfect and on the odd occasion we may miss something. If you see anything which is incorrect in this listing, or wish to double check something, please feel free to ask a question.

We include pictures of detailing packs, instructions and boxes etc if they are present and included in the price, if they are not in the photo's, you can safely assume they are not there. If in doubt, please ask and we will confirm.

The photographs are also part of the listing, please review them carefully. You can do this by selecting the Request Total button during Checkout (this works only when using the E-Bay Website, it does not appear on the mobile app).

If you receive an item which is not in accordance with the listing, please get in touch BEFORE leaving feedback or opening a return. Resorting to bad feedback without giving us the opportunity to address the issue helps nobody. This item is in the category "Collectables\Model Railroads & Trains\Railroads & Trains\Locomotives". The seller is "hampshiremodels" and is located in this country: GB.