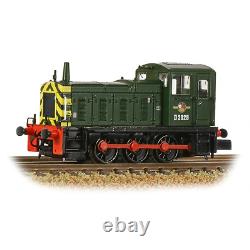 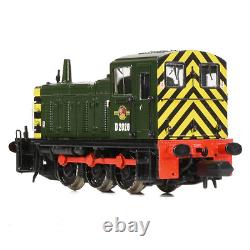 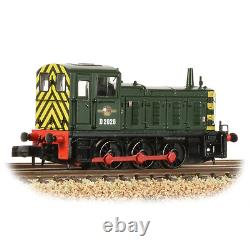 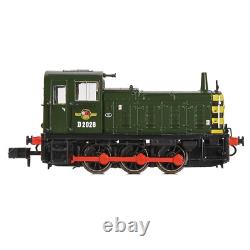 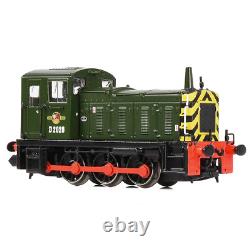 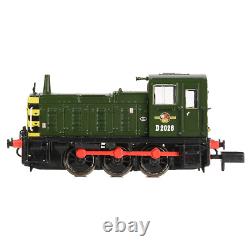 For the first time, N scale modellers running DCC can quickly and easily add a diesel shunter to their fleet with the new Graham Farish Class 03. With a 6 Pin DCC Decoder socket, fitting a decoder is a breeze but be sure to opt for the Bachmann 6 Pin Micro Decoder (36-571) to ensure that your decoder will fit into the limited space available. Sat atop the new DCC-ready chassis is a highly detailed body shell incorporating many separate components including the conical exhaust, lamp brackets and metal handrails.

Completed by the exquisite livery application using authentic colours, logos and fonts, this is an attractive addition to any N scale collection. MODEL FEATURES: Graham Farish N Scale Era 5 Pristine BR Green with Wasp Stripes livery Running No. D2028 NEM Coupling Pockets Powerful Coreless Motor Accessory pack Equipped with a 6 Pin (Micro) DCC Decoder Socket - recommended Decoder 36-571 Length 54mm CLASS 03 HISTORY The Class 03 diesel shunters were introduced between 1957 and 1962 and with 230 built, the type was one of BR's most successful small 0-6-0 diesel-mechanical shunters and was adopted as BR's standard small shunter. A development of the Class 04'Drewry' shunter, construction was shared between British Railways' Swindon Works and Doncaster Works and initial allocations for the class covered all regions except Scotland.

Shunting was the main employment, with their short wheelbase and light weight making them particularly useful in areas where weight restrictions or tight trackwork existed. Weighing in at 30 Tons, some 18 Tons less than the Class 08 diesel shunter, the Class 03's were fitted with Gardner engines and their distinctive jackshaft drive arrangement gave the locomotives a top speed of 28½ mph. Despite their usefulness, a downturn in shunting requirements meant that withdrawals began in 1968, although the last remained in service on mainland Britain until 1987. Two examples operated on the Isle of Wight, with lowered cab roofs to account for the restricted loading gauge, and these remained in traffic on the island until 1993.

One of these Isle of Wight locos, No. 03179, was resurrected by West Anglia Great Northern in 1998 to shunt their Hornsey Depot. Subsequently operated by First Capital Connect, the loco was finally withdrawn in 2008 after which the locomotive was preserved bringing the total number of surviving examples to 56. Pristine BR Green with Wasp Stripes livery.

Equipped with a 6 Pin (Micro) DCC Decoder Socket - recommended Decoder. The Class 03 diesel shunters were introduced between 1957 and 1962 and with 230 built, the type was one of BR's most successful small 0-6-0 diesel-mechanical shunters and was adopted as BR's standard small shunter. We make every effort to describe items accurately, however, nobody is perfect and on the odd occasion we may miss something. If you see anything which is incorrect in this listing, or wish to double check something, please feel free to ask a question. We include pictures of detailing packs, instructions and boxes etc if they are present and included in the price, if they are not in the photo's, you can safely assume they are not there.

If in doubt, please ask and we will confirm. The photographs are also part of the listing, please review them carefully. You can do this by selecting the Request Total button during Checkout (this works only when using the E-Bay Website, it does not appear on the mobile app). If you receive an item which is not in accordance with the listing, please get in touch BEFORE leaving feedback or opening a return.

Resorting to bad feedback without giving us the opportunity to address the issue helps nobody. This item is in the category "Collectables\Model Railroads & Trains\Railroads & Trains\Locomotives". The seller is "hampshiremodels" and is located in this country: GB.