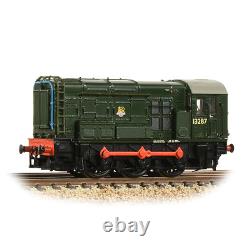 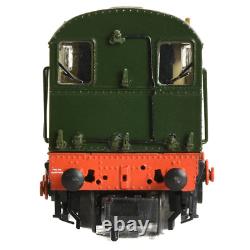 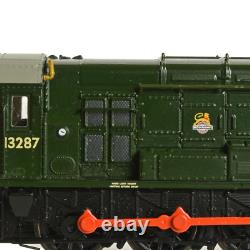 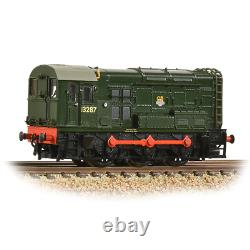 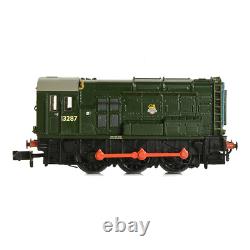 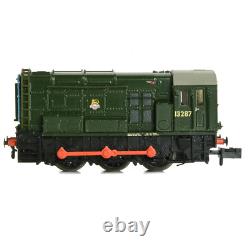 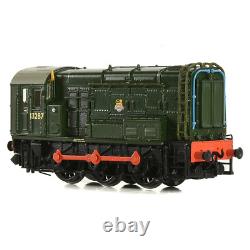 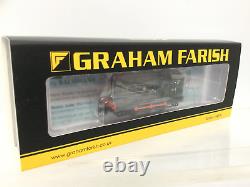 Graham Farish 371-013 N Gauge Class 08 13287 BR Green (Early Emblem). PLEASE REVIEW THE PHOTOGRAPHS AS WELL, ACCESSORIES/BOXES ETC WILL BE SHOWN IF THEY ARE INCLUDED. For the first time, N scale modellers running DCC can quickly and easily add the iconic Class 08 diesel shunter to their fleet with this new Graham Farish model. The highly detailed body is constructed from numerous separate components, including handrails, lamps, lamp brackets and whistle, whilst the chassis features the distinctive outside frames that are synonymous with the 08s along with metal sand pipes and separate brake rigging. As you would expect, the livery application is second to none and is achieved using authentic colours, logos and fonts. Provision for DCC via a Next18 DCC and what's more, with a pre-fitted speaker adding sound to your model is possible too - or why not opt for a SOUND FITTED model and really bring your layout to life! MODEL FEATURES: Graham Farish N Scale Era 4 Pristine BR Green (Early Emblem) livery Running No. 13287 NEM Coupling Pockets Powerful Coreless Motor Speaker Fitted Equipped with a Next18 DCC Decoder Socket - Recommend Decoder 36-567A Length 60mm CLASS 08 HISTORY The first diesel shunters were pioneered by the LMS which began trialling designs during the 1930s. It soon became apparent that this form of traction offered many advantages over the steam locomotive - the former being'ready to use' as and when required, whereas steam locos had to be kept at the ready even when not required immediately - with the obvious staffing and fuel costs associated with doing so.

By the time of Nationalisation in 1948, the LMS had built various shunters and the 12033 series was adopted by BR as the basis for a new standard design of diesel-electric shunting locomotive. As a stop gap whilst the Class 08 was being developed, BR constructed further 12033 series locomotives and these would later be designated as Class 11s. Production of the 08s began in 1952 with the first example, No. 13000, entering traffic in 1953.

Construction continued until 1962 and during the ten year period, 996 locomotives were built making the Class 08 the most numerous of all British locomotive classes. In addition, construction of the near-identical Class 09s (26 examples) and Class 10s (171) took the total well above a thousand - the former differed in having higher gearing whilst the latter had different engines and transmission.

Although they had a top speed of just 15 mph, what the 08s lacked in speed they more than made up for with tractive effort which was more than double that of the 03s and 04s. Although the first example was withdrawn in 1967, just four had gone prior to the introduction of TOPS and despite an ever-decreasing need for shunting locomotives, around a quarter of the Class remained in traffic at the start of the 21st century. Upon Privatisation of British Rail in 1994, EWS inherited many of the survivors, with others going to passenger operators for use as depot shunters.

More than a decade later EWS was still operating over 40 of the shunters, with many more in store. Meanwhile, ever since the first withdrawals Class 08s have been popular machines with heritage railways and today, more than 70 have found a new lease of life in preservation - often carrying out similar tasks to those for which they were designed some seven decades ago. Provision for DCC via a Next18 DCC and what's more, with a pre-fitted speaker adding sound to your model is possible too - or why not opt for a. Model and really bring your layout to life! Pristine BR Green (Early Emblem) livery.

Equipped with a Next18 DCC Decoder Socket - Recommend Decoder. The first diesel shunters were pioneered by the LMS which began trialling designs during the 1930s. Although the first example was withdrawn in 1967, just four had gone prior to the introduction of TOPS and despite an ever-decreasing need for shunting locomotives, around a quarter of the Class remained in traffic at the start of the 21. We make every effort to describe items accurately, however, nobody is perfect and on the odd occasion we may miss something. If you see anything which is incorrect in this listing, or wish to double check something, please feel free to ask a question.

We include pictures of detailing packs, instructions and boxes etc if they are present and included in the price, if they are not in the photo's, you can safely assume they are not there. If in doubt, please ask and we will confirm. The photographs are also part of the listing, please review them carefully. You can do this by selecting the Request Total button during Checkout (this works only when using the E-Bay Website, it does not appear on the mobile app).

If you receive an item which is not in accordance with the listing, please get in touch BEFORE leaving feedback or opening a return. Resorting to bad feedback without giving us the opportunity to address the issue helps nobody. This item is in the category "Collectables\Model Railways & Trains\Railways & Trains\Locomotives". The seller is "hampshiremodels" and is located in this country: GB.