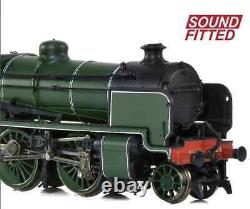 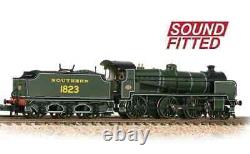 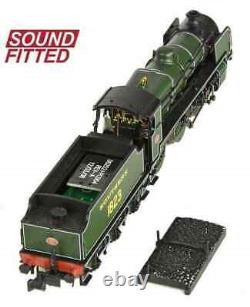 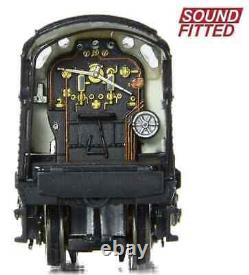 Built between 1917 and 1934, it was the first non-Great Western Railway (GWR) type to use and improve upon the basic design principles established by GWR Chief Mechanical Engineer George Jackson Churchward. The N class was based on the GWR 4300 Class design, improved with Midland Railway concepts. The N class was mechanically similar to the SECR K class 2-6-4 passenger tank engine, also conceived by Maunsell. It influenced future 2-6-0 development in Britain and provided the basis for the 3-cylinder N1 class of 1922.

Production was delayed by the outbreak of the First World War and the first N class rolled out of Ashford Works in 1917, three years after design work was completed. The class replaced obsolete 0-6-0s as part of the SECR's fleet standardisation, as they used parts interchangeable with those of other classes. Eighty N class locomotives were built in three batches between the First and Second World Wars.

Fifty were assembled from kits of parts made at the Royal Arsenal, Woolwich, giving rise to the nickname of "Woolworths". They worked over most of the Southern Railway (SR) network and were used by the Southern Region of British Railways (BR) until the last was withdrawn in 1966. One N class locomotive is preserved on the Swanage Railway. The item "Farish 372-934DS SE&CR N Class 1823 SR Maunsell Green" is in sale since Wednesday, June 30, 2021.

This item is in the category "Collectables\Model Railways & Trains\N Gauge\Locomotives". The seller is "british_commercial_classics" and is located in Bideford. This item can be shipped worldwide.