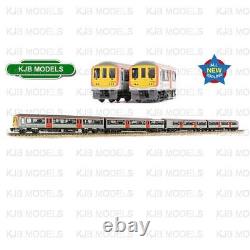 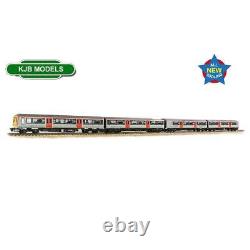 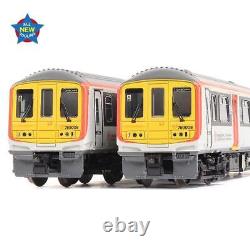 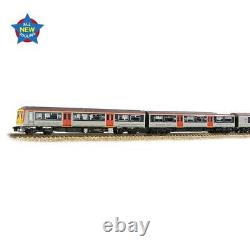 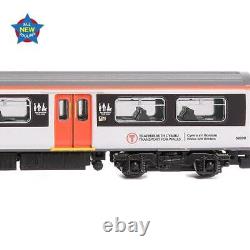 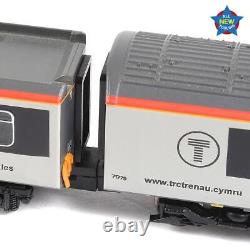 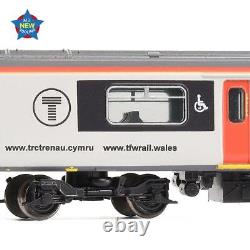 Finished in the fresh new livery of Transport for Wales, this Class 769 is accurately modelled with diesel engines fitted to each driving car and an empty pantograph well, and uses conductive couplings between each vehicle to allow operation on DCC by installing a single Next18 DCC Decoder - a simple process thanks to the easy-access decoder socket which is accessed by removing one of the underframe panels which is held in place by a single screw. The powerful coreless motor is coupled to a flywheel for smooth running, all of which is fitted into the underframe of the MSO vehicle meaning that all four vehicles have unobstructed interiors which are further enhanced by the interior lighting. What's more, this Graham Farish model features switchable directional lighting, plus a pre-fitted speaker making it easy to add Sound.

Pristine Transport for Wales livery. 77304, 62898, 71779 and 77305. Powerful coreless motor and flywheel fitted to the MSO vehicle. Unobstructed interior including seat and table detail.

Integral conductive couplings between vehicles. Functional multiple unit couplings at the outer ends. Directional lighting - switchable on/off via DCC or the chassis-mounted switches. Speaker Fitted (If you wish to add a sound decoder).

Easy Access DCC decoder socket - located behind an underframe panel on the TSO vehicle. Equipped with a Next18 Decoder Socket (one decoder required) - recommended Decoder. The Class 769 is a type of bi-mode or tri-mode multiple unit train capable of operating on electrified lines via 25kV overhead wires and/or 750V DC third rail, or on non-electrified lines via a diesel engine. They have been converted from surplus dual-voltage Class 319 units by Brush Traction and are to be used by Transport for Wales, Northern and Great Western Railway. The Class 769 units have primarily been designed to run on routes with multiple power supplies, such as the Rhymney Valley line in Wales which has overhead wires and non-electrified stretches and the units can change between EMU and DMU model whilst the train is in motion. Rolling stock company Porterbrook first conceptualised the Class 769 in 2016 when, in partnership with Northern, they began work on converting Class 319/4 units to provide a solution to a shortage of diesel units and deferrals of electrification projects on the network. These units were chosen for the conversion as they had recently undergone upgrades to install new passenger information systems and accessible toilets, as well as having suitable space for a new diesel power pack and alternator to power the existing electric traction systems.

The first conversions were completed in 2018 and testing was undertaken at the Great Central Railway in Leicestershire, with the first unit delivered to Northern in 2018, although the first to enter service was a Transport for Wales unit in November 2020. This item is in the category "Collectables\Model Railways & Trains\Railways & Trains\Locomotives".