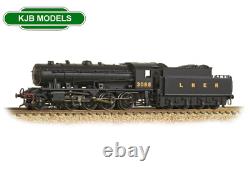 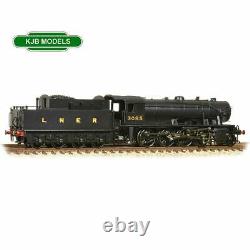 372-428 WD Austerity 3085 LNER Black (LNER Original). Brand new item from our New Model shop in Yorkshire. A total of 935 were built, making this one of the most numerous classes of British locomotive. The Austerity 2-8-0 was based on the LMS Class 8F, which until that point had been the government's standard design.

Various modifications were made to the 8F design by R. Riddles in order to prioritise low cost over design life.

The North British Locomotive Company of Glasgow built 545 and Vulcan Foundry 390. Two locomotives continued to be held in WD stock, seeing service on the Longmoor Military Railway in Hampshire.

One WD 2-8-0 has survived in preservation at the Keighley & Worth Valley Railway. This item is in the category "Collectables\Model Railways & Trains\Railways & Trains\Locomotives". The seller is "kjb-models" and is located in this country: GB. This item can be shipped to all countries in Europe.