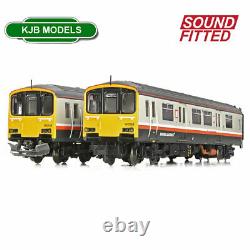 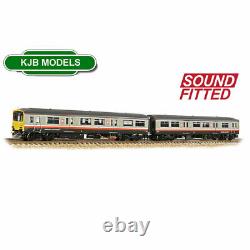 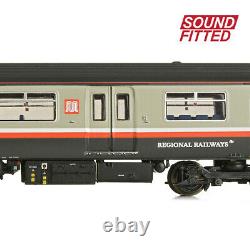 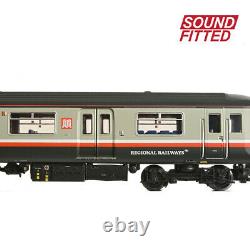 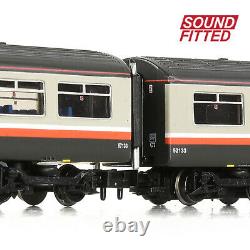 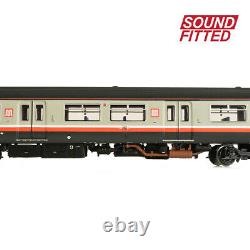 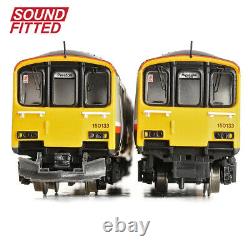 Analogue Users: Please note that normal load running sounds and any other automatic or randomised sounds will also operate when this model is used on analogue control (DC) straight from the box! Offered in this livery for the first time, this two car Diesel Multiple Unit is a must-have for anyone with an interest in rail operations around Manchester and the north west during Era 8.

Both vehicles are highly detailed on both the bodyshells and underframe, and the interiors are not overlooked either, all of which is enhanced by the exquisite livery application using authentic colours, graphics and logos. Complete with SOUND FITTED , you can enjoy the added dimension of realistic sound effects when operated on analogue control or DCC straight out of the box! Pristine BR Greater Manchester Passenger Transport Executive (Regional Railways) livery. Destination blinds for Manchester Piccadilly and Preston.

Powerful 3 Pole Motor with Flywheel. SOUND FITTED - Fitted with a Zimo MX649N DDC Sound Decoder (plus a Zimo MX671N DCC decoder in the trailer vehicle) - See below for the function list.

F23 - Remote Telephone Test. Cold Start, F5 on Before F1. Engines will crank for longer before starting. The DMU will not move whilst doors are open, the doors also cannot be opened whilst the model us moving. The British Rail Class 150'Sprinter' is a class of diesel multiple unit passenger train built by BREL York from 1984 to 1987.

A total of 137 units were produced in three main subclasses, replacing many of the earlier, first generation'heritage' DMUs. The first subclass, the 150/0, comprised a pair of prototype units. The second batch which comprised fifty units was classified 150/1s and numbered in the range 150101-150. Like the prototype units, they did not have front-end corridor connectors which are fitted to allow passengers to move between units when working in multiple. Originally based at Derby Etches Park depot, these units were introduced in 1986, mainly concentrated around Birmingham and Manchester, and in later years restricted mainly to commuter services. Today the entire fleet is concentrated on the Northern franchise, mainly working around Manchester to places like Buxton, Sheffield, Liverpool, Southport and Carnforth. The final batch of 85 two car units were built with front-end corridor connectors. These units were classified as Class 150/2s and numbered in the range 150201-285. The Class 150/2s were used on longer-distance services and have operated in Scotland, Wales, the West of England and the North. This item is in the category "Collectables\Model Railroads & Trains\Railroads & Trains\Locomotives". The seller is "kjb-models" and is located in this country: GB. This item can be shipped to United Kingdom.