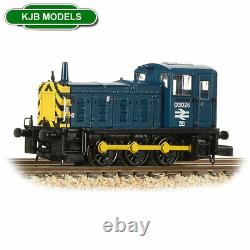 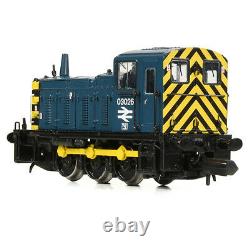 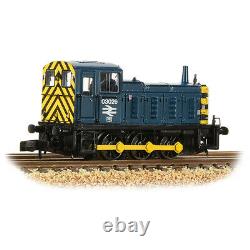 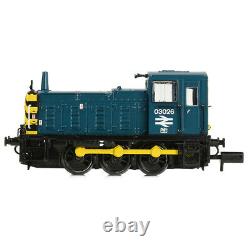 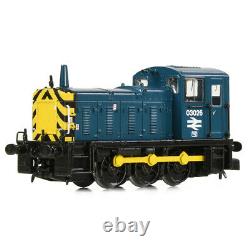 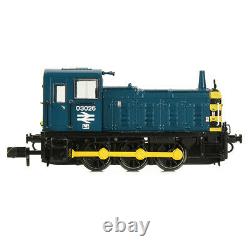 Brand new item from our New Yorkshire model railway shop. For the first time, N scale modellers running DCC can quickly and easily add a diesel shunter to their fleet with the new Graham Farish Class 03.

With a 6 Pin DCC Decoder socket, fitting a decoder is a breeze but be sure to opt for the Bachmann 6 Pin Micro Decoder (36-571) to ensure that your decoder will fit into the limited space available. Sat atop the new DCC-ready chassis is a highly detailed body shell incorporating many separate components including the conical exhaust, lamp brackets and metal handrails. Completed by the exquisite livery application using authentic colours, logos and fonts, this is an attractive addition to any N scale collection. Equipped with a 6 Pin (Micro) DCC Decoder Socket. Requires a Micro decoder for Digital running - Recommended Decoder 36-571 Micro decoder.

The Class 03 diesel shunters were introduced between 1957 and 1962 and with 230 built, the type was one of BR's most successful small 0-6-0 diesel-mechanical shunters and was adopted as BR's standard small shunter. A development of the Class 04'Drewry' shunter, construction was shared between British Railways' Swindon Works and Doncaster Works and initial allocations for the class covered all regions except Scotland.

Shunting was the main employment, with their short wheelbase and light weight making them particularly useful in areas where weight restrictions or tight trackwork existed. Weighing in at 30 Tons, some 18 Tons less than the Class 08 diesel shunter, the Class 03's were fitted with Gardner engines and their distinctive jackshaft drive arrangement gave the locomotives a top speed of 28½ mph. Despite their usefulness, a downturn in shunting requirements meant that withdrawals began in 1968, although the last remained in service on mainland Britain until 1987. Two examples operated on the Isle of Wight, with lowered cab roofs to account for the restricted loading gauge, and these remained in traffic on the island until 1993. One of these Isle of Wight locos, No. 03179, was resurrected by West Anglia Great Northern in 1998 to shunt their Hornsey Depot. Subsequently operated by First Capital Connect, the loco was finally withdrawn in 2008 after which the locomotive was preserved bringing the total number of surviving examples to 56. This item is in the category "Collectables\Model Railways & Trains\Railways & Trains\Locomotives". The seller is "kjb-models" and is located in this country: GB. This item can be shipped to United Kingdom.