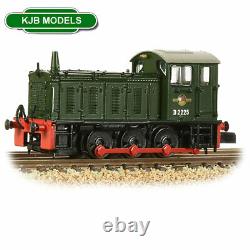 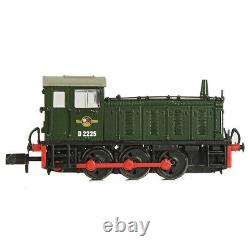 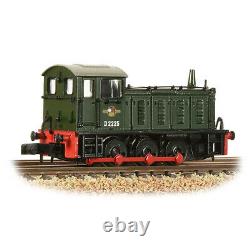 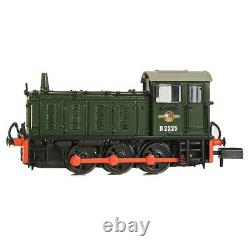 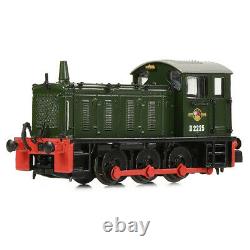 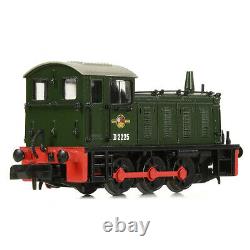 371-055 Class 04 D2225 BR Green Shunter. DCC Ready - NOT Fitted - (Requires a micro decoder for digital operation). Brand new item from our New Yorkshire model railway shop. For the first time, N scale modellers running DCC can quickly and easily add a diesel shunter to their fleet with the new Graham Farish Class 04. With a 6 Pin DCC Decoder socket, fitting a decoder is a breeze but be sure to opt for the Bachmann 6 Pin Micro Decoder (36-571) to ensure that your decoder will fit into the limited space available. Sat atop the new DCC-ready chassis is a highly detailed body shell incorporating many separate components including lamp brackets, whistle and metal handrails. Completed by the exquisite livery application using authentic colours, logos and fonts, this is an attractive addition to any N scale collection. Pristine BR Green (Late Crest) livery. Equipped with a 6 Pin (Micro) DCC Decoder Socket.

Requires a Micro decoder for Digital running - Recommended Decoder 36-571 Micro decoder. Supplied by the Drewry Car Company, the first Class 04 diesel-mechanical shunters were built in 1952 and construction continued until 1962, with a total of 142 outshopped over the ten year period. The construction was subcontracted by Drewry to two companies, Vulcan Foundry building the first whilst later examples were made by Robert Stephenson and Hawthorns. Two locomotives of the same design were built for the Central Electricity Generating Board. Featuring a Gardner engine and using a jackshaft drive arrangement, these shunters had a top speed of 27mph and tipped the scales at just over 30 Tons.

With the changing face of the railways and reduced requirements for shunting locomotives, the Class 03 was selected as BR's standard light shunting locomotive and so the withdrawal of the 04s began in 1967. The last example was withdrawn from BR service in 1972 but several were granted a second life in private and industrial use. Today, 21 examples survive in preservation, including one of the two locos built for the Central Electricity Generating Board. This item is in the category "Collectables\Model Railroads & Trains\Railroads & Trains\Locomotives". The seller is "kjb-models" and is located in this country: GB.